<
>
Day 1 Moremi Game Reserve
Arrive at Johannesburg International Airport, where our representative will meet you in the Arrivals Hall and assist you with checking in for your flight to Maun Airport in Botswana, where you will be met and assisted onto the charter flight to Okuti Camp.

Okuti Camp is positioned under large trees at the edge of the Xakanaxa lagoon, alongside the Maunachira River, within the Moremi Game Reserve, and within close range of shallow flood plains, papyrus swamp and dense riverine forest.  This is a prime game-viewing region of Botswana.

Days 2 and 3 Moremi Game Reserve
The Moremi Game Reserve is known for its abundant wildlife which roams freely across the diverse landscape. This includes a huge number of mammals and all the large predators. The exciting trip to the upper delta in a motorboat will give you the opportunity to view the abundant bird life, Hippos, Crocodiles and various small water animals.

In the evening you may relax by the camp fire and wait for your dinner to be served in the candlelit dining room, followed by liqueurs enjoyed around the fire.

Activities include safari game viewing in open 4x4 vehicles into the Moremi Game Reserve, and motorized boat trips through the myriad twisting channels of the famous Okavango Delta.

Elephant, Buffalo, Lion, Leopard, Cheetah, Wild Dog, Hyena, Giraffe, Hippo, Sable Antelope, Wildebeest, Kudu, Lechwe, Sitatunga and many more predator and antelope are resident.  Most of Botswana's national bird list of 550 species are resident or migrants, and include Pel’s Fishing Owl and Slaty Egret. You will track great herds on extensive safaris by open Land Rover, or by powerboat.

It is one of the few Botswana lodges that can offer all year round boating trips, as well as extensive 4x4 drives into outstanding game country. The Moremi Reserve is rated as one of Africa’s finest game-viewing areas, offering sanctuary to abundant herds.

Birding is quite spectacular, especially during spring and summer when the migrants breed. Huge numbers of breeding storks and herons are attracted to the world-famous heronries which lies to the north of the lodge. Nature walks on nearby islands. Guests are offered two activities of their choice per day.

Day 4 Okavango Delta
After an early morning activity of your choice and brunch, you will depart Camp Okuti, flying to Kanana Camp, across the Okavango Delta.
Situated on the Xudum River, Kanana Camp lies in the south western region of Botswana’s Okavango Delta.  Here you will find picturesque palm-dotted islands, attracting plentiful game and an astounding array of birds.  Kanana’s situation offers a mix of forests and open seasonal floodplains, permanent channels and lush flood meadows – and it's this combination which leads to it being able to offer a very full range of Okavango activities.

Day 5 Okavango Delta
Activities at Kanana are varied:  they include day and night 4WD game drives, mokoro trips and motorboat excursions, as well as bush walks with an armed guide.

Kanana Camp has exclusive access to the Okavango's largest heronries, about 35–40 minutes by boat from the camp. The boats wind their way through a series of papyrus and reed-lined channels before reaching the breeding site for pink-backed pelicans, yellow-billed and marabou storks, grey herons, ibises and assorted egrets. This remarkable birding spectacle is usually best between mid-July and October.

The annual floods transform parts of this concession into a true water paradise, offering guests the best of both worlds - at certain times of the year guests may actually enjoy the spectacle of the water visibly rising around the camp’s raised teak decks. Experience magnificent game sightings during drives as well as the unique experience of exploring the delta’s beautiful waterways by boat and mokoro.

Day 6 Linyanti
Today you will be chartered to Linyanti Bush Camp, 45 minutes’ flight away.

Situated in the Chobe Enclave, in the famous Linyanti area on the shoulder of Chobe National Park, Linyanti Bush Camp offers its guests an authentic and wild safari experience.  As the only source of water in the dry months, the Linyanti marshes are one of the most sought after destinations in Northern Botswana, boasting a great diversity of game and a peaceful atmosphere.

This region of Botswana offers outstanding birding all year round and is best known for its large herds of elephants that move down to the Linyanti River at the start of the winter months and only move back inland once the main rains arrive (mid-November).

Days 7 and 8 Linyanti
Activities from the Camp include game drives, walking safaris, game viewing from hides, spot-lighting, bird watching as well as guided mokoro safaris, when the water levels permit.
The game drives (day and night) and guided walks as well as motorboat and mokoro trips are conducted by outstanding Guides.

Day trips to the Savuti Marsh are also available on request for guests staying three or more nights.

Bush walks offer a closer look at flora and fauna and the thrill of seeing wildlife on foot, under the watchful eye of an armed guide.

A 30-minute helicopter flight is included for guests of Linyanti Bush Camp between April and November.

Day 9 Northern Chobe
After breakfast you will return to the airstrip for your flight to Kasane Airport, 55 minutes away, where a Muchenje Safari Lodge driver will be waiting to transfer you to the Lodge, 45 minutes away.

Muchenje is situated on the western border of the Chobe National Park, within the Chobe Forest Reserve, far from the bustle of Kasane town.

Botswana's Chobe National Park remains one of Africa’s prime wildlife areas. The magnificent Chobe River and flood plains filled with huge herds of buffalo and elephant (best months being April to November) and flocks of waterfowl winging their way toward the sunset, create an enduring memory of the wild splendour of this majestic corner of old Africa.

Day 10 Northern Chobe
Muchenje offers the most diverse safari activities to be found in the Chobe area. Game drives are conducted in open Land Rovers with qualified professional guides and because Muchenje falls outside of the Chobe National Park, night drives are possible and offer guests an opportunity to see some of the lesser known nocturnal creatures of Africa.

River Cruises offer guests the chance to experience game viewing on the Chobe River. Drift noiselessly past a bathing herd of Elephants or enter the Hippo's world of Crocodiles and amazing birdlife. Another option is a walking safari - explore the bush on foot studying animal behaviour, plants, insects as well as big game! Muchenje's guides carry a fire arm for your personal protection. For guests seeking some traditional Botswana culture, visit an elder's home to get a glimpse into the tribal life of Botswana.

Situated on the far western side of Chobe National Park, Muchenje is far removed from any other safari camp in this area. Guests have access to the great herds of Chobe without the crowds often experienced within the public parts of Chobe itself.  Chobe National Park includes vast landscapes, open plains, Baobab Trees and ancient woodlands. The wildlife in Chobe roams free in profusion and diversity. The Elephant population, estimated to number in excess of 45,000, is the largest single concentration in Africa surviving within the confines of a National Park. However, Chobe is not fenced and its Elephants are free to wander where they choose.

During the dry season, the herds migrate from south to north and congregate along the perennial Chobe River and fertile floodplains. The sight is spectacular and unforgettable - red winter sunsets, Elephant, Buffalo in their thousands. The quality of timeless Africa is real and very strong and the vistas are of an almost bygone era.

The most unusual species of birds are to be found in the teak (Baikea plurijuga) woodlands. This broad-leafed woodland, or miombo as it is locally known, provides good pickings for insectivorous birds that favour canopy habitat. Grey Tit-Flycatcher, Ashy Flycatcher, Paradise Flycatcher, Pallid Flycatcher, Scarlet-chested Sunbird, Amethyst Sunbird, Yellow-throated Petronia, Redheaded Weaver and Violet-backed Starling are only some of the species that move around in the “bird parties” in the canopy. Dickenson’s Kestrel, Red-necked Falcon, Peregrine Falcon and Lizard Buzzard are some of the raptors to keep an eye out for, while the diminutive White-faced Owl can often be seen roosting in the road-side vegetation. Flappet Lark, Fawn-coloured Lark, Dusky Lark, Olive-Tree Warbler and Neddicky are species more likely to be enjoyed by the birding enthusiast.

Day 11 Kasane
After breakfast, you will be driven back to Kasane Airport, where you will check in for your scheduled flight back to Johannesburg International Airport. 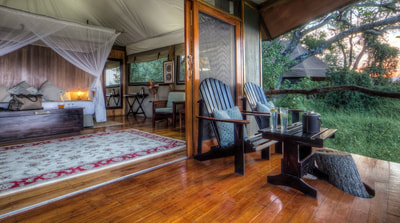 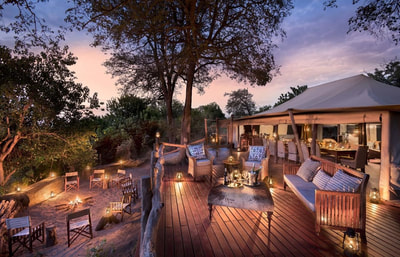 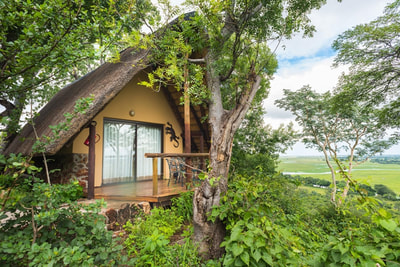