​The Okavango Delta dominates the north west of Botswana, as this is where the Okavango River filters down to form the inland ‘sea’. The origin of the River is in the Angolan highlands, and it flows across Namibia's Caprivi Strip (now the Zambezi Region) into Botswana. The first stretch, beginning as it flows over the Popa Falls in Namibia, forms the so-called Panhandle of the Delta, with its very obvious narrow elongation. As it moves further south, it starts to spread out, forming its well-known fan shape.

The Okavango is the largest inland delta in the world (it is some 15 000 square kilometres in extent in the drier months and can extend to as much as 22 000 square kilometres during good floods), and is home to a great diversity of life – both animal and plant. The Delta forms a network of channels, and lagoons, interspersed with tree-covered islands (the most iconic being those with majestic palm trees).

The water levels of the Delta ebb and flow with the seasons, and in a slightly unusual way, as the rains in the Angolan highlands actually contribute more water than that of the rains falling on the Delta during the November to March 'wet season'. The annual flooding of the delta, waited with much anticipation by both human and animal alike, usually starts in April or May, and can continue for some months. The waters are crystal clear, with a distinct amber hue, and are best navigated by mekoro (dug-out canoes), many of which are now made of fibre glass, to preserve the majestic trees in the Delta, that were used traditionally.

The Okavango Delta is all that is now left of the ancient Lake Makgadikgadi - the waters of which covered much of the middle Kalahari thousands of years ago. There is also a close association with the Kwando, Linyanti, and Chobe River systems to the northeast of Botswana. It is probable that the Okavango, Chobe, Kwando, and upper Zambezi waterways flowed as one massive River across the middle Kalahari, to join the Limpopo River and then into the Indian Ocean. 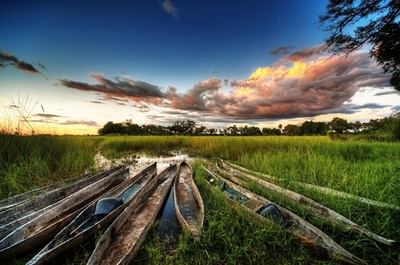 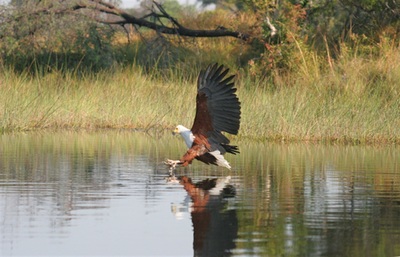 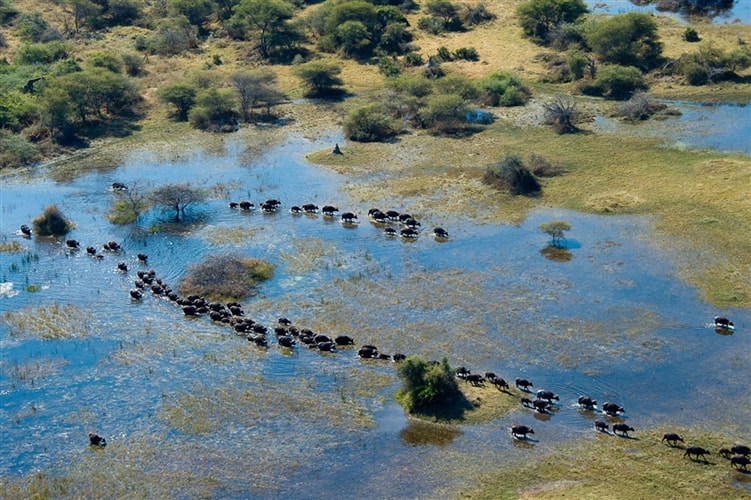 ​With minor seismic shifts (the Delta and its immediate surrounds are still seismically active), a rift was formed, which impeded this flow of water. As the Okavango River left the highlands of Angola, and entered the arid flatness of the Kalahari, it slowed and deposited much of its sediment load. Channels became blocked and the water was forced to find alternative courses and, over time, tons of sand and debris were deposited, creating the existing fan shape of the Delta that is so clear today. Although the origin of the Delta is the Okavango River, there are a surprising number of distributaries - either forming permanent waterways, or which are formed in the flood season. From the Panhandle to the extreme edges of the delta, the difference in the incline is as little as 2 metres, enough to allow for the formation of the smaller rivers flowing off the main Okavango.

A number of fault lines effectively control the direction of flow of the Okavango River, from the Panhandle, to the Maun area – where the Thamalakane fault forms a natural dam, some 240 kilometres in length. It is here that the channels change direction, and form the Boteti River.

A portion of the Okavango Delta is a proclaimed Reserve: Moremi Game Reserve has been in existence since 1963, and is frequently referred to as one of Africa's most beautiful. As part of the Reserve is to the edge of the Delta, it allows for an additional element to your Okavango Delta Safari – extensive game drives.

Birding in the Delta is excellent, and the seasons allow for an incredible diversity of species, with a great number of annual migrants visiting from November to March. Even if you are not a keen birder, the sheer diversity of species fascinates, and adds greatly to your Safari experiences.

Although the Okavango is a wetland, there is a great deal of land available for game drives, allowing for some excellent wildlife sightings, but your visit is not complete without a mekoro (traditional dug-out canoe) excursion or two, and a walk in the pristine and unique Delta. Whether you wish to start or finish your Botswana Safari in this most unique and iconic area, it is a must on any itinerary.

Perhaps surprisingly, there are very few Lodges actually in the Moremi itself, as most are set in private concessions which surround the central Okavango Delta. This allows for some secluded accommodation, and a much more relaxed Botswana safari experience, both for you and the wildlife. You don't have a large number of vehicles crowding the animals, if anything, yours is likely to be the only vehicle in sight.

Private concessions often also allow for some selective off-road driving, and game walks. This gives you a more intense Okavango Delta Safari experience. Combine this with a boat or mekoro trip on the crystal waters of the Delta, and you truly have a unique Botswana Safari.

There is a good variety of accommodation available to you - from staying in a rustic, dome tent on an island in the heart of the Delta, to a luxury, air conditioned Lodge on your Safari. While nearly all of the accommodation is ‘tented’ it does not mean that you are staying in a tent! The Lodges and camps have been designed and made to order, and offer some wonderful, and unique, surprises.

Access to the heart of the Okavango Delta is mostly by light aircraft, allowing you some spectacular game viewing, and photographic opportunities en route.
Okavango Lodges 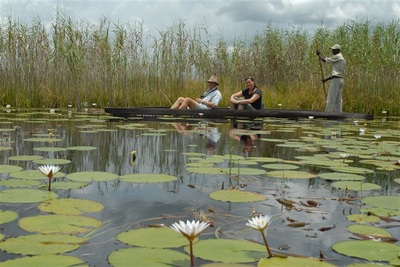 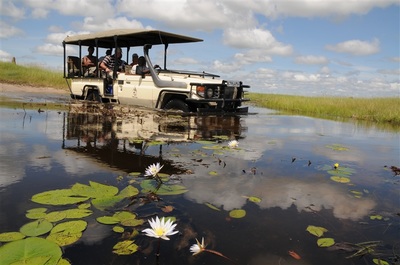 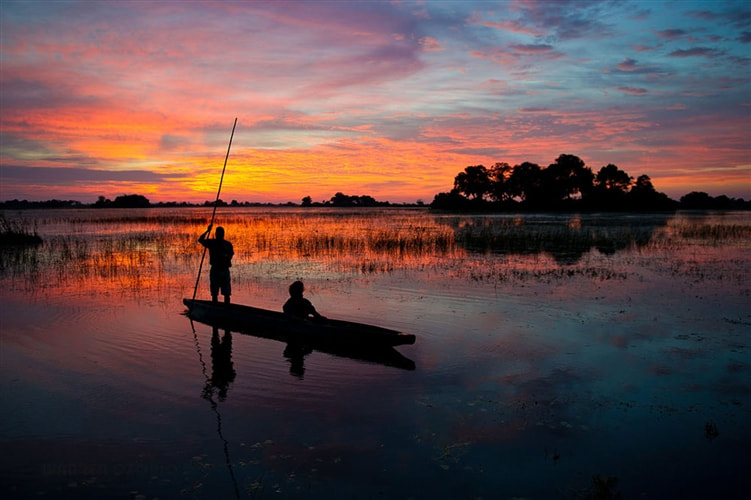 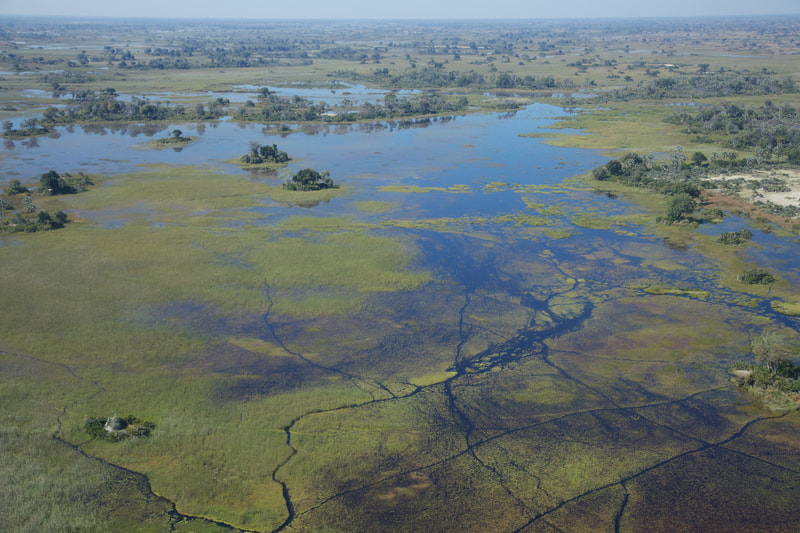