Chobe National Park is perhaps Botswana's next most well-known conservation area, after the Okavango Delta. It is a surprisingly diverse Park, from its northern extremity at the Chobe River, to the western Linyanti area and south to the generally dry Savute Channel, and beyond to the borders of the Moremi Wildlife Reserve/ Okavango Delta.

Chobe, which is the third largest national park in Botswana, covers some 11 700 square kilometres, has, arguably, some of the greatest concentrations of game found on the African continent, not least of which are the estimated 120 000 head of elephant.

The Chobe, unlike many southern African Rivers, flows all year, and forms the northern border of Botswana. It is popular for sun downer cruises, fishing, and general game viewing by boat. As Victoria Falls is a mere 100 kilometres away, the Northern Chobe National Park is also popular for day visits from there, and neighbouring Livingstone, indeed there is a point on the River, where you see 4 countries merging at one point (Namibia, Zambia, Zimbabwe and Botswana).

Chobe has some distinct eco-systems, including Serondela with its lush plains and dense forests in the Chobe River area in the extreme north-east; the Savute Marsh in the west; the Linyanti Marsh in the north-west and the hot dry plains in between.
​
Of interest is the Magwikhwe sand ridge, which is the remnant of an ancient lake, as it forms the northern ‘shore’. Today, it is crossed when you travel from Moremi to Savute. The south-western ‘shore’ is formed by the Gedikiwe sand ridge, which is only crossed if one drives from Rakops to the Central Kalahari – which gives an indication of the sheer size.

Game drives in the Chobe National Park can be exceptional, as there are good populations of predators, including lion and wild dog, along with plains game and excellent birding.

There are very few Lodges in Chobe National Park, with most being on the northern borders, allowing for excellent game viewing in the Park, whilst giving you access to some private concessions, which allow night drives, further enhancing the wildlife experience.
Chobe Lodges 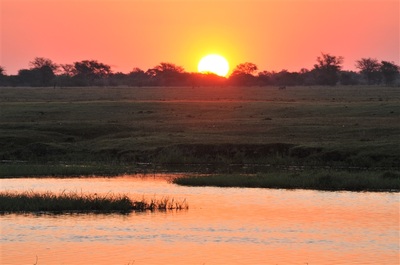 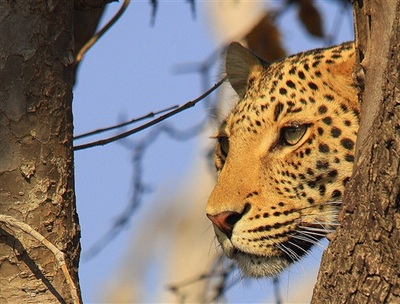