Larger than Denmark or Switzerland, the 54 600 square kilometre Central Kalahari Game Reserve, which was set up in 1961, is one of the largest game reserves in the world. The reserve is literally in the centre of Botswana, and is characterised by vast open plains, saltpans and ancient riverbeds.

Varying from sand dunes with many species of trees and shrubs in the north, to flat bushveld in the central area, the reserve is more heavily wooded in the south, with mopane forests to the south and east.

The people commonly known throughout the world as Bushmen, but also referred to as the San (or Basarwa in Botswana), have been resident in and around the area for probably thousands of years. Originally hunters and gathers, the lifestyle of the Basarwa has gradually changed with the times and they now live in settlements, some of which are situated within the southern half of the Central Kalahari Game Reserve.

One the better known areas of the Reserve is Deception Valley, which is all that remains of a sprawling riverbed that has long since dried up. Stretching across 80 kilometres of the Reserve’s northern reaches, the valley is now covered with short grass, and dotted with the occasional island of bushy trees. Some of the roots of the larger trees extend as far as 50 metres below the surface to the water table, enabling them to survive the dry winters.

The low canopies of these tree grove islands, usually made up of umbrella thorn (Acacia tortilis) and buffalo thorn (Ziziphus mucronata) provide shelter for game during the heat of the day and one can often see lion dozing in the shade of these thickets.

After the summer rains arrive (generally November to March), from Deception Valley to Piper Pans, the vast plains produce sweet grasses making the area one of the prime game-viewing areas in Botswana. Not many people seem to be aware of this and visitors are few.

​The clear blue sky fills with gigantic clouds and the stage is set for an amazing transformation. Here you will find thousands of oryx, springbok and wildebeest, with numerous predators in attendance (lion, cheetah, hyena and jackal). Game viewing in the Kalahari is thus best between December and April, when the animals congregate in the pans and valleys. 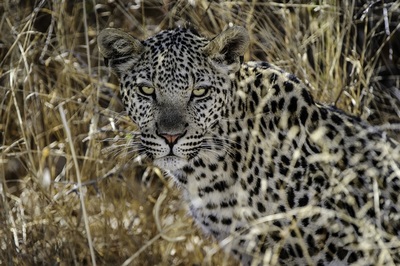 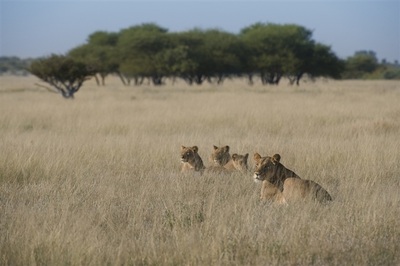 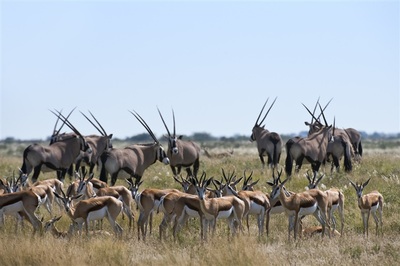 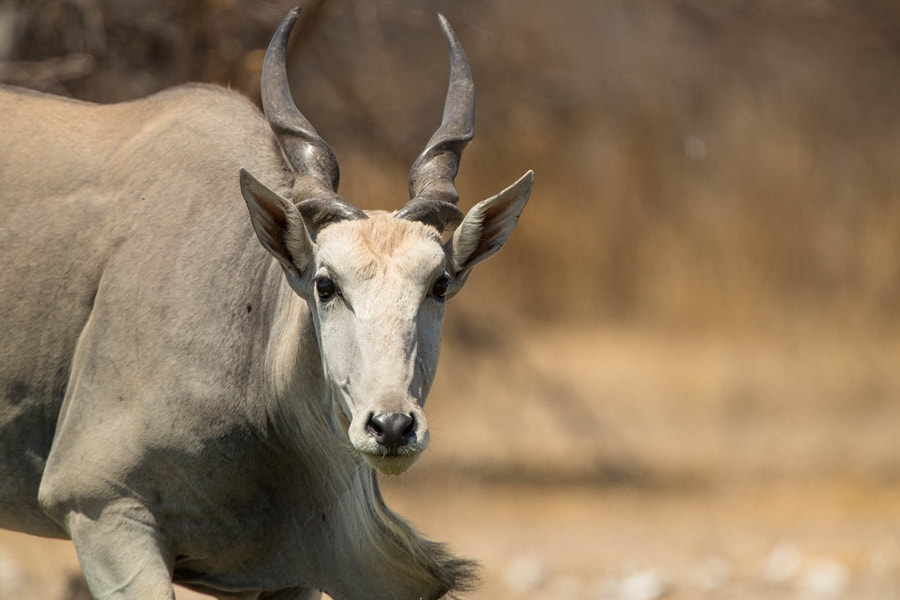